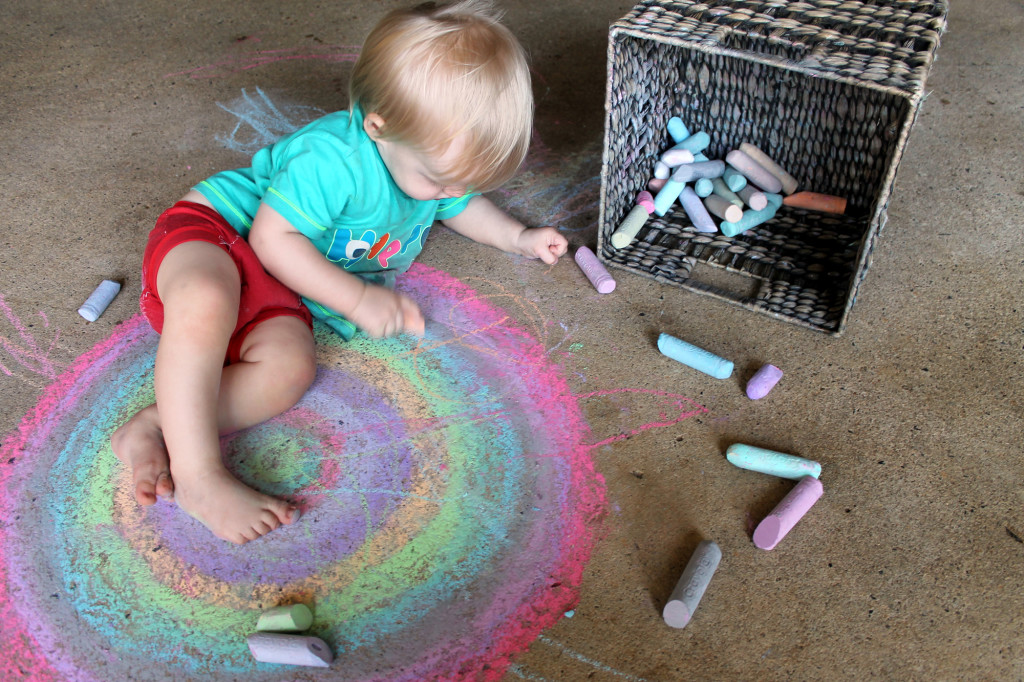 A few weeks before Ben’s first birthday I introduced him to chalk. I had bought a box of chunky washable sidewalk chalk and that box was going to be the big kids’ entertainment at his birthday party. No clowns or musical chairs, just lots of bare concrete and a big box of chalk.

Of course the first piece he picked up went straight into his mouth. “Not for eating!” was said several thousand times. And I also “modelled” how to use the chalk by drawing pictures of tractors and trucks on the walls and floors.

After banging and throwing and swiping the chalk on the ground I think Ben got the idea that this new toy left marks behind and the marks made mummy very happy. Then, with a cleaning-the-table motion, he started drawing circles… CIRCLES!! Cool! I’m not sure Ben understood what he was doing but this artist-mummy was thrilled.

And his birthday party was fabulous. Colourful and chaotic. A colourful mess left on all over our concrete garden and all over everyone’s clothes. (Blue chalk, by the way, doesn’t wash out.) 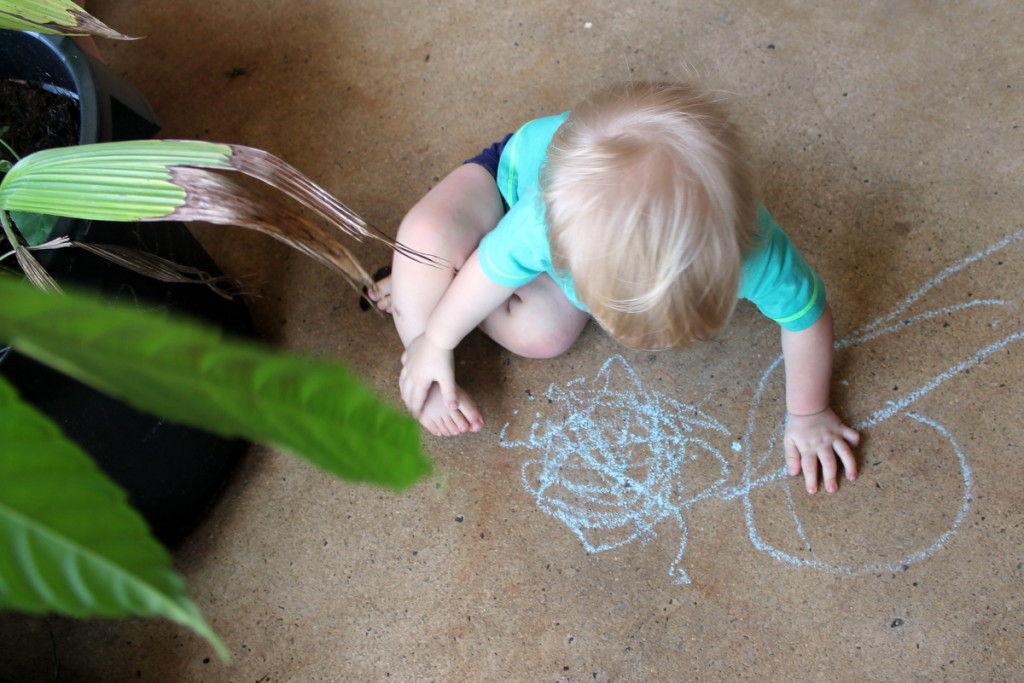 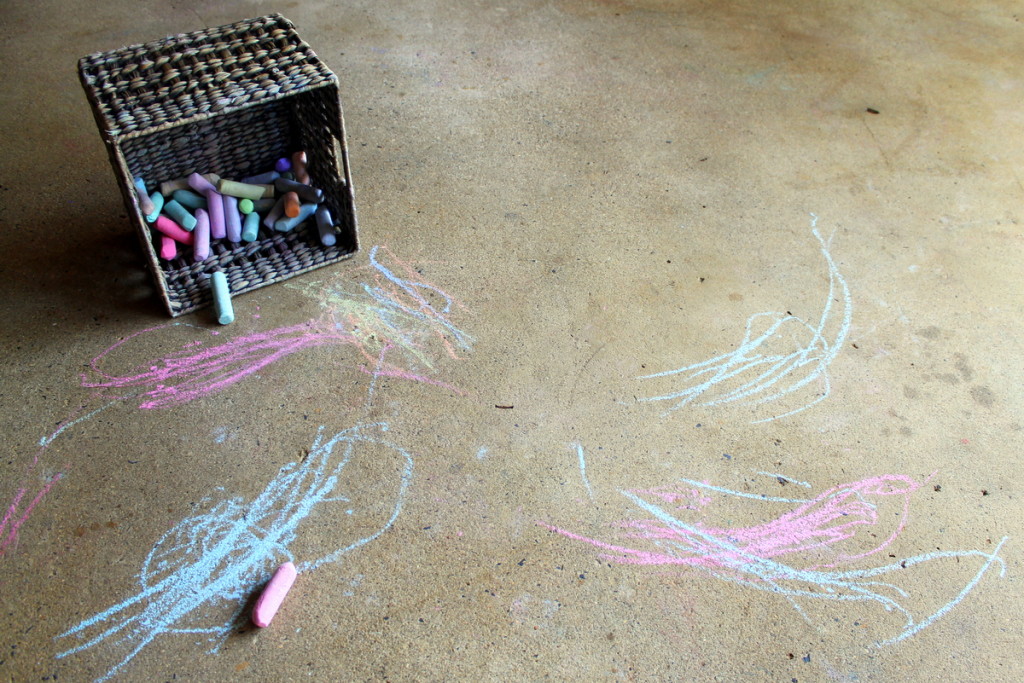 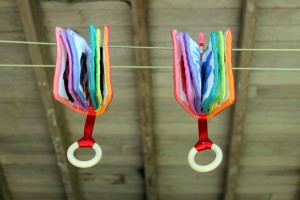